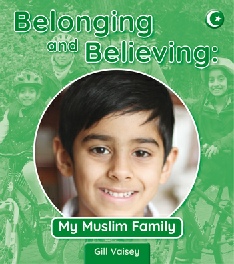 Meet Yusuf and his Muslim family: 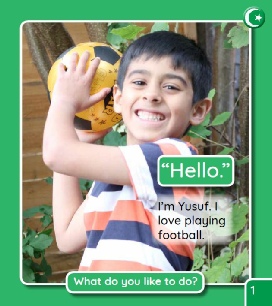 Yusuf  and his family are Muslims.  They follow the religion called Islam. The word Islam means peace. Muslims find peace through living a life which is in obedience to Allah.  To be a Muslim, one must follow the Five Pillars of Islam, which provide a clear structure and code of conduct for life.  These pillars require Muslims to believe there is one God and that Muhammad is his messenger; pray five times a day; fast during the month of Ramadan; give to charity, make a pilgrimage to Makkah at least once in a lifetime if one is able. 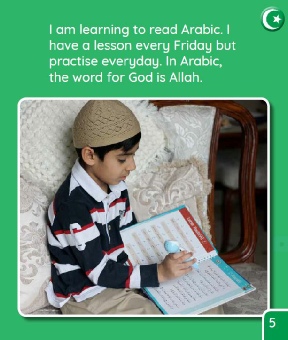 Muslims believe that the Qur’an is the direct word of Allah. They believe it was revealed to the prophet Muhammad over a period of twenty-three years. The words of Allah, were given to Muhammad through the Angel Jibril. As Muhammad was unable to read or write, he memorised the words and taught them to those who would listen. The messages from Allah were eventually written down in Arabic and became the Qur’an.  Muslims learn Arabic in order to be able to read the Qur’an. Like Muhammad, many Muslims memorise the entire Qur’an. Muslims usually recite or read passages from the Qur'an everyday.  The Qur’an informs Muslims how they should live their lives according to Allah’s wishes. It provides guidance on all aspects of life. Reading or reciting from the Qur’an enables a Muslim to feel a connection with Allah. 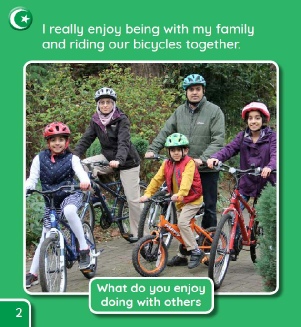 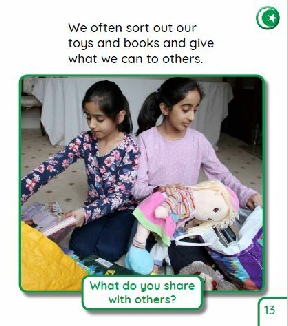 Ramadan is the ninth month of the Islamic calendar. It is the month in which Allah revealed the Qur’an to Muhammad.  It is a time of fasting, which begins with the new moon and lasts for twenty-nine or thirty days.  During this time, Muslims (who are able to do so) do not eat or drink, from just before dawn, until sunset. At sunset, the fast is broken following the adhan (call to prayer), by eating a date and taking a drink. There are several purposes to the fast. Importantly, it teaches discipline and self-control.  It reminds ‘the rich’ of what it means to go hungry, hopefully making them thankful for their wealth and more prepared to share it with those in need. Ramadan is a period when Muslims make great effort to care for others. They observe Zakat-ul-Fitr which is an obligation to give food and money to those less fortunate, in order that everyone can celebrate at the end of Ramadan. 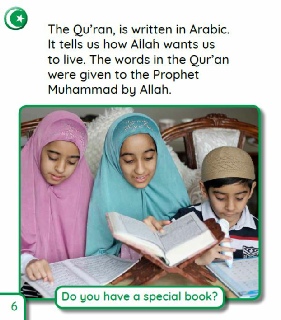 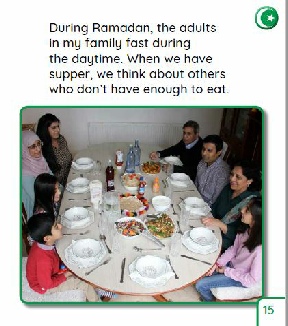