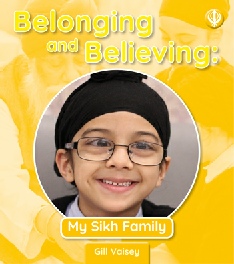 Meet Krishan and his Sikh family: 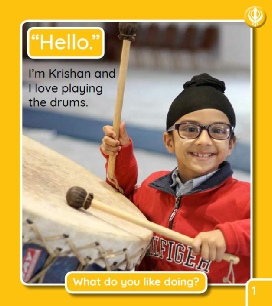 Krishan and his family follow the teachings of Sikhism which began in the Punjab in Northern India.

Music and singing are a central part of Sikhism. Guru Nanak attached great importance to the singing of divine music as a way of showing devotion to God and bringing comfort and bliss to the devotee. Many hymns were composed by Guru Nanak and the other Gurus. These are recorded in the Guru Granth Sahib. The singing of these hymns is known as Shabad Kirtan and is accompanied by a variety of musical instruments. Krishan enjoys playing the nagara (drum) in the gurdwara during a particular prayer known as Ardas. 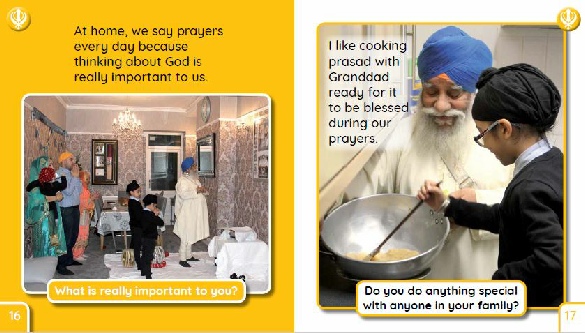 Krishan and his family offer prayers in their home every morning before they eat and in the evening. Sometimes, they are joined by Krishan’s grandparents for evening worship.

As well as at home, Sikhs often worship in a temple known as a gurdwara. Any building or room that contains a copy of the Guru Granth Sahib (holy book) can be called a gurdwara. Kara prashad is made from ghee or clarified butter, sugar, and flour and is shared during worship to symbolise, through eating together, that all people are equal.

Guru Nanak established the system of the Langar, or communal kitchen, in order to demonstrate the need to share and to show equality among all people. Services in the gurdwara are followed by langar –a vegetarian communal meal open to everyone so that all people can join together in eating and no one is excluded because of dietary restrictions.  The food is prepared and cooked by members of the community in the gurdwara’s kitchen whilst the service is taking place. 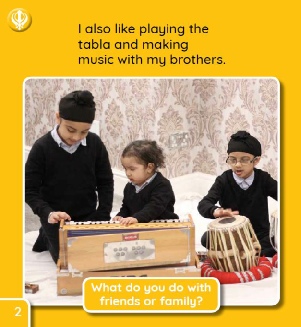 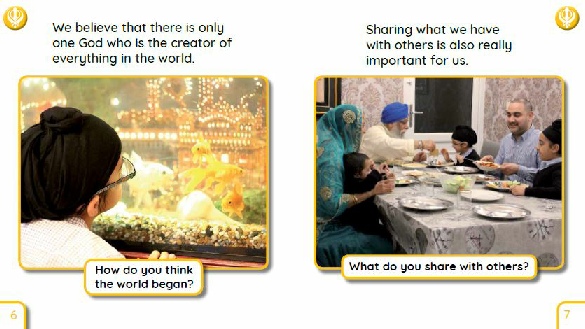 Sikhs believe that God is the creator of the universe and that God’s spirit is present in all creation. The Guru Granth Sahib contains hymns referring to God and creation although there is no creation story or account of how the world was created. Sikhs believe that everyone should live in harmony with nature and that the interdependence between humans and nature should be respected.

Sikhism teaches love, equality, kindness, honesty, and selfless seva (service to others). In order to achieve union with God and so be released from samsara (cycle of life, death and reincarnation), and achieve mukti (liberation), a person should live a useful existence as a householder, serving God through worship, honest hard work, and being generous to the poor and needy.  An awareness of God within oneself in everyday life needs to be sought in order to receive enlightenment.